Kings and Crosses
The History behind 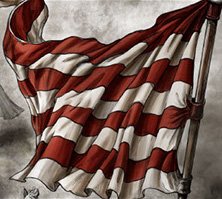 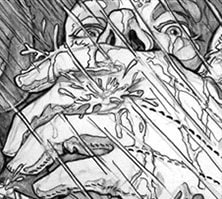 Excerpt from the graphic novel 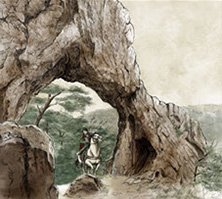 The 3rd finishing part of the series, MEMENTO MORI, will hit bookstores in November 2021. At the same time, the series of comics Kings and Crosses is also published in the form of a historical novel, with illustrations made by Levente Németh.

The title of the book is PRINCE-SONG.

The Hungarian version of MEMENTO MORI and PRINCE-SONG will soon be available for pre-order in the Webshop. 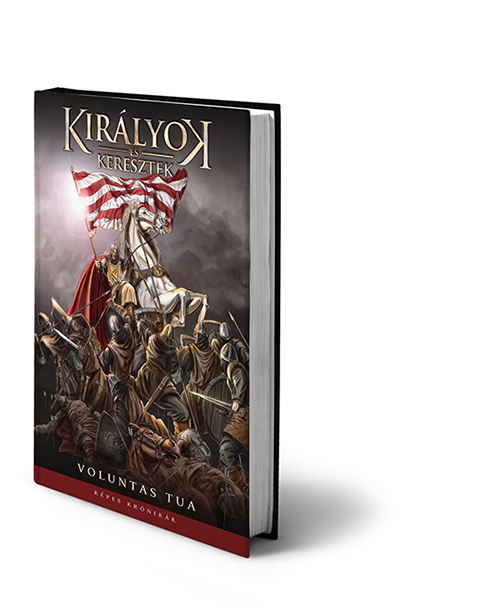 THE STORY: A TROUBLED, BLOOD-SHED CENTURY UNDER THE SHADOWS OF KINGS AND CROSSES

Our story starts with the invasion of the allied forces of Conrad II, the Holy Roman emperor against the “old enemy”, the more and more irritating, still half-pagan, but aggressively expanding Kingdom of Hungary.

The aging Hungarian king, Stephen I of Hungary send his only remaining son, Prince Imre to fight the invaders in the killing swamps of the River the Danube. Who will win? The well trained, heavy cavalry of the Germans or the mixed battalions of the half-nomad Hungarian horsemen, backed up by the fancy-looking, but a little bit erratic Italian cavalry. Odds are against the Hungarians, but they are on their home turf. And this turf is muddy, swampy, and could be extremely dangerous for a reckless, haughty heavy knight. But both of the princes are facing other problems, as well: disobedient noblemen, willful future princesses, untrustworthy allies on their sides. And the shadow of their mighty fathers… Some of our characters are well-known from the history books, emperors, princes, grafs, but the most interesting ones are fictitious: Alsatian mercenaries, Viking bodyguards, priest, etc.

We all know* the historic facts but the fates of the persons in the Middle Ages are sometimes waiting for rediscovery.

*and aren’t afraid to ask

Discover the historic sites
of the medieval Central Europe!

Our story takes you to the historical sites of the onetime Hungarian Kingdom, the first royal fortresses of Esztergom (Gran) and Visegrád, the burying place of the kings, the Cathedral of Székesfehérvár, the first monastery of Hungary, Pannonhalma, and long forgotten dwellings of nomad tribes like Pechenegs, Kipchaks and Khazars.

Forts, castles and cities of other medieval kingdoms are also shown on the pages: existing or half-ruined Schlosses, Burgs and Grads in today’s Austria, Germany, Poland, Czech Republic and Slovakia.

To bring the selected locations closer to our readers, we present some of the sites by AR (Augmented Reality) technology.

ABOUT THE ILLUMINATED CHRONICLES 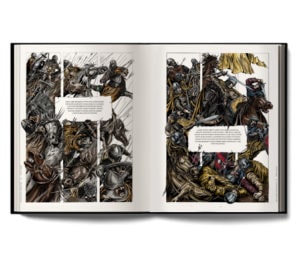 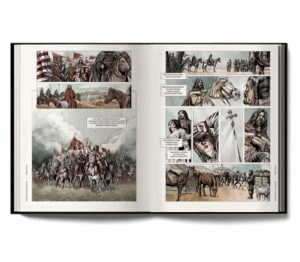 Our books are called Illuminated Chronicles, after the Chronicon Pictum (Hungarian: Képes Krónika) the medieval illustrated chronicle of the Kingdom of Hungary covering the early history of the Kingdom.  The original chronicle was sent by the Hungarian king Louis I to the French king Charles V, when the daughter of Louis, Catherine, was engaged to Charles’ son Louis I, Duke of Orléans.

As the Chronicon Pictum was a lot more than a mediocre codex of that time, we imagined a book with a lot more inside than just a conventional comic book.

The Kings and Crosses: Illuminated Chronicles offers astonishing stories from the time of the early Medieval Ages, the Era of the fight between Christianity and Paganism in Central-Eastern Europe. We recite the most interesting -and sometimes a little bit forgotten or just hardly-known-, historical events, mix them with new aspects, shake them and present you in the form of an artistic graphic novel.

Finally, we add some spice: historical locations like a Benedictine monastery, a royal fortress along the River Danube could be wondered around with the help of an Augmented Reality Application. Some characters, such as German ritters, Hungarian horseman-archers, Italian cavalieres will be shown to give you a better, more realistic feeling of the story.

The first part of the Kings and Crosses: Illuminated Chronicles, the Book One: VOLUNTAS TUA / THY WILL BE DONE! was intoduced at the Vienna Comic Con, at Stan Lee’s Los Angeles Comic Con and at Brussels Fioire du Livre, in 2017. 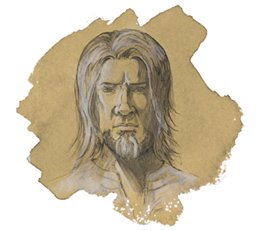 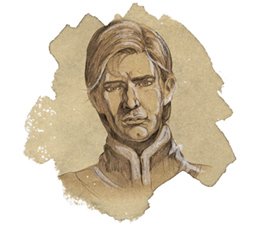 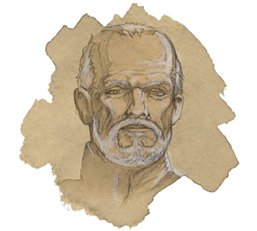 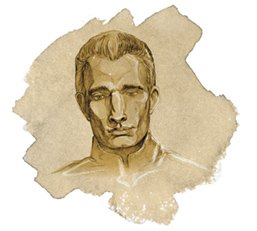 Some of our heroes were selected from history books: emperors  of the Holy Roman Empire (Kingdom of Germany at that time), Conrad II, the Elder or Henry III, the Black, kings of different kingdoms in Central Europe, Hungarian kings: Stephen I, Samuel Aba, Pietro Orseolo, Czech and Polish dukes: Bretislav, Mieszko II, and so on. But sometimes history has not been written by noblemen. Our characters include tribesmen of nomad clans; Pechenegs, Kipchaks and Khazars,  villains, assassins and high priests.

There are some characters in our story whose existence we have just assumed due to the deficiency of the old-time chronicles: members of the famous Varangian (Viking) guard of Prince Imre or the hitman sent to Hungary by the Archbishop of Cologne. But some characters are only from our imaginations like priests, witches, knights, servants.

ABOUT THE CREATIVE TEAM

Any artistic product is only as good as the people creating it, so we have collected professionals from different businesses. Just have a look to get to know us a little bit better.

LEVENTE NÉMETH – The Designer: The project leader and our Art Director, Levente Németh is a well-known Hungarian graphic artist. Levente graduated on the Hungarian Academy of Fine Arts. Earlier he was employed as Art Director by multinational advertising agencies, but for many years he has been running his own graphic design company, Enter Stúdio 98. Under the leadership of Levente, Enter Stúdio has become the leading creative studio in the field of culture and sports marketing. More info on Enter at www.enter98.com. He won several awards for his work, including prizes of the Club of Hungarian Art Directors and Gold Achievement Award. He is the creator of the Graphicum album featuring Hungarian contemporary design graphics.

JÁNOS MÉSZÁROS – The Writer: János has started his career in the film and video business. He worked for Hungarian film distributing companies and operated multiplexes, where he was responsible for copywriting and marketing. After some years in the financial sector he changed for management consultancy, engaged in projects in Hungary, Rumania, Sweden, Switzerland and Egypt. As a part of his job, he assisted clients redesigning their marketing/sales activity. His first attempt as a writer is the story and the story board behind the Kings and Crosses graphic novel.

Our creative team trade off refinement, flamboyance and spirit to design beautiful pictures that make a tangible artistic difference.

Further works of our artist:

KINGS AND CROSSES – A BOARD GAME BASED ON THE BOOK

Change the history of the Middle Ages! Lead your knights to victory and reconquer the occupied territories!

Play again the history of the Kings and Crosses with your family or friends! The table game will be introduced in November, 2017.

During the game, the Holy-Roman Empire and its allies try to occupy Gran (Esztergom), the center of the Kingdom of Hungary. But they have to fight themselves through the marshlands around the River Danube, survive the attacks of the Hungarian horsemen-archers, and get to the Castle of Esztergom through the wastelands scorched by the locals at the orders of the Hungarian king. The goal of the game is to successfully complete the campaign, occupy the castle of Esztergom.

If the players of the other side, the Hungarians are more skilled or more lucky, they parry the attackers, chase them back to Vienna, where, after a successfully fought battle, Prince Henrik may be forced to accept a peace favorable for the Hungarians.

Play again one of the most famous campaigns of the early Middle Ages. If you are clever enough to fight well or you have enough luck, you can change the history of Europe.

The game can be played by 2 to 6 people. 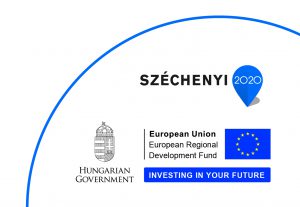 Creating and successfully publishing a graphic novel is a tough job for an independent venture like us. We have started an Indiegogo campaign for fundraising on November 6, 2017 to cover the costs of the international (English and German language) publication.

Up to that time we are looking for private and institutional sponsors supporting our plans.

But what can we offer in exchange? We have several usual and not so common options for you:

If you are interested in supporting our work, please mail us: kiralyokeskeresztek@gmail.com and we will contact you directly.

Acknowledgement:
Below we have listed some of our corporate sponsors, with still so many others to thank. Together we are all helping to make something great. Thank you.