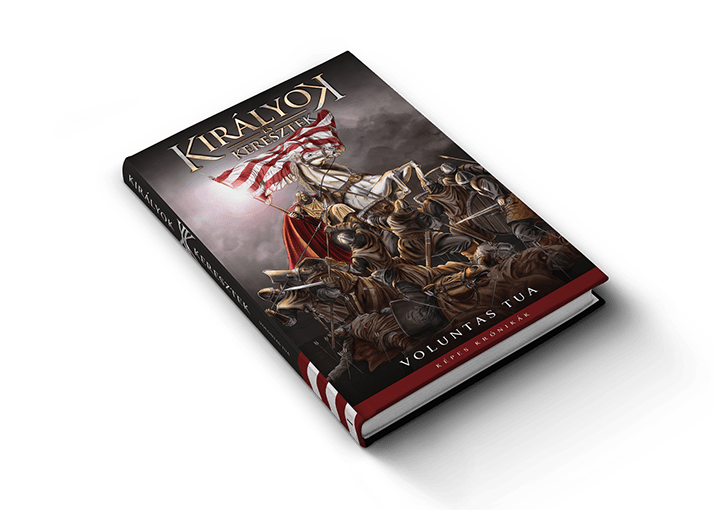 Some facts about the early history of the Hungarian Kingdom from the MEDIEVAL LANDS: A prosopography of medieval European noble and royal families by Charles Cawley

The territory now known as Hungary formed part of the Roman province of Pannonia.  It lay in the path of successive waves of so-called barbarian invaders who migrated into Europe from central Asia between the 4th and 9th centuries.  Their influence was widespread in Balkan Europe north of the Byzantine empire but for convenience the families of these invaders are shown in this document concerning Hungary, where many of them settled at least temporarily.

The territory of “Pannonia” was organised as a separate province of the Roman empire, centred on what is today Hungary, in AD 10.  It was heavily fortified as protection against barbarian incursions from the east.  Gregory of Tours, writing towards the end of the 6th century, records that “it is commonly said” that the Franks originated in Pannonia, before migrating northwards across the river Rhine into Germany and later northern France, citing “the historians whose works we still have”.  No other source has so far been identified which corroborates this claim.  If it is correct, the Frankish occupation of Pannonia predated the arrival of the Ostrogoths in the territory.

Loss of Roman control of Pannonia was confirmed when Emperor Valens was defeated by the Goths in 378 at the battle of Adrianople, in neighbouring Thrace.  In the last decades of the 4th century, the Ostrogoths migrated into Pannonia from the area north of the Danube and used it as their base from which to launch their onward migration into Italy.  The mythical origins and later history of the Goths is recorded by Jordanes in his mid-6th century Getica.  Well-connected with the contemporary ruling class in Italy, and not too distant in time at least from the later events which he records, it is reasonable to suppose that his narrative is broadly accurate, although impossible to identify the precise moment in the text when myth evolves into fact.  The Ostrogoth settlements in Pannonia came under pressure from the Huns who were competing for territory.  While Hun/Ostrogoth collaboration at the battle of the Catalaunian fields in Gaul indicates some early coordination between the two groups, the onward migration of the Ostrogoths from Pannonia in the 470s was probably motivated in part by pressure from the Huns.

The Langobards, more commonly known as Lombards, were the third set of invaders, migrating from Moravia into Pannonia in the 520s, before being invited into Italy in the 550s.  This preceded their mass migration into the Italian peninsular which is dated to 568/69, although it is not known whether this exodus involved a complete abandonment of the Lombard settlements in Pannonia.

In the 8th century, Pannonia was part of the Avar khaganate centred on the Tisza river.  Charles I King of the Franks (later Emperor Charlemagne) eliminated the independent Avar state during his campaign in 795-96.  The Croatians, previously subjects of the Avars, established a principality under Frankish overlordship, under the direct suzerainty of the Marchesi of Friulia, although this was absorbed into the twin Croatian principality of Dalmatia in the 820s (see the document CROATIA).  The Croatian principality became part of the kingdom of the East Franks, under Ludwig II “der Deutsche” King of Germany, after the division of the Frankish empire under the 843 Treaty of Verdun.

Meanwhile, the last invasion of Pannonia, that of the Magyars, was being prepared.  During the 6th-9th centuries, the Magyar tribes formed part of the Khazar confederacy, whose ruler appointed their leader, the “kende”.  By 830, seven tribes of Magyars were established above the Maeotis, on the right bank of the River Don, in the region of Lebedia north of the Black Sea, where they led a nomadic existence.  Other Magyar tribes lived in the Ural steppes and in the Caucasus.  The seven tribes formed a loose federation without a single supreme authority.  According to Hungarian national tradition, their chieftains elected Árpád, the most powerful among them, as overall leader.  The Gesta Hungarorum records that “Hunni sive Hungari” (referring to the Magyar) divided into seven armies, each having 30,000 warriors and a single commander of whom “Arpad…” was the most powerful and the first to enter Pannonia.

An assumption evolved among later medieval historians that the Magyars descended from the Huns.  This is the basis of the narrative of Simon of Kéza’s Gesta Hungarorum, the surviving 18th century versions of which are assumed to be based on a late 13th century manuscript which can no longer be traced.  The Gestis Hungarorum Liber names “Ugek…de genere Magog regis…dux Scythie”, apparently also confirming this alleged descent from Attila, when recording that he was the ancestor of Árpád first Magyar leader in Hungary.  According to the Gesta Hungarorum, the “Hungarian nation” comprised 108 clans which trace their ancestry to “filios Hunos et Magor” born in the marshes of Meotis after they invaded “Scythia”, although the only specific genealogical link with the Huns which is quoted in this source is the alleged descent of the Aba clan from Csaba, supposed son of Attila.  The Annals of Lambert record that “regina Ungariorum, mater Salomonis regis” presented the sword of “rex Hunnorum Attila” to “duci Baioriorum Ottoni” after her son was restored as king of Hungary, suggesting that the alleged Magyar/Hun connection was not solely an invention of later Hungarian sources.  A connection with the Huns is apparently suggested by the name “Hungary”, assigned by western Europeans to the country.  However, there are other theories to explain the origin of the name.  According to Hungarian scholarship, the name derives from the Onogur confederation of tribes to which the ancestors of the Magyars once belonged.  Macartney states that the word “Hungarian” is a Slavicised form of the Turkish term “On Ogur” (meaning Ten Arrows), by which the Magyars were known by their Khazar neighbours who held the mouth of the Volga.  On the other hand, the Gesta Hungarorum records that “Hunni sive Hungari” finally settled “in fluvio Hung[Ung]” where they built a fortress and, later, six other castles, and that the name “Hungari” given to them by western people derives from this river.

The Annals of Saint-Bertin record that the Magyars first raided Frankish territory in 862.  Under military threat to the east from the Pechenegs, the latter launched a major attack on the original Magyar homeland in 889, forcing the Magyars to migrate westwards and re-settle in the area later known as Bessarabia and Moldavia.  According to the Russian Primary Chronicle, the Magyars “passed by Kiev…and on arriving at the Dnieper pitched camp”, expelled the Vlakhs and settled on their land.  The Gesta Hungarorum records that “Hunni sive Hungari”, indicating the Magyars, passed through “regna Bessorum [Pechenegs], Alborum Comanorum [White Kumans] et civitatem Kyo [Kiev]” on their way to Pannonia.  To avoid the threat of further attacks from the east, Árpád led the Magyars further west across the mountains into Transylvania, where the Szekels submitted voluntarily.  From there, they passed into the region which is now Hungary where the existing population was sparse.

In 892, Emperor Arnulf enlisted a contingent of Magyars to help suppress his vassal Sviatopluk King of Moravia, not anticipating the longer term implications of his move.  The Magyars continued to raid on their own account, and in 907 defeated a Bavarian army at Ennsburg and extended their rule to the old Avar frontier at the confluence of the Enns and Danube rivers.  Árpád’s own tribe settled in the Dunántúl between Székesfehérvár (where he established his headquarters) and Buda.  Another of the seven tribes, led by Gyula, settled in Transylvania.  The Magyars continued to inflict major damage with their raids on western Europe, although they were defeated by Heinrich “the Fowler” King of Germany at Riade near Merseburg in 933.  Their defeat by Otto I King of Germany at Augsburg in 955 marked the end of this aggressive lifestyle.  The raids ceased and, after his accession in [970], Géza Prince of Hungary sent ambassadors to the court of Emperor Otto I.

The arrival of Christianity played a significant role in the development of Hungary.  Prince István, son of Géza, received a royal crown from the Pope, who was anxious to extend his sphere of influence and prevent the Orthodox church from gaining ground in Hungary.  István was crowned as first king of Hungary in 1000.

The descendants of Árpád ruled Hungary until 1301.  Traditional dynastic succession was by seniority.  Of the 24 successions between István I in 1000 and András III in 1290, there were only eight cases of the king being succeeded by his eldest son.  During the nine years which followed the extinction of the dynasty in the male line in 1301, four rival claimants for the Hungarian crown emerged.  Representatives of eight different dynasties ruled Hungary over the succeeding 250 years.  Succession of each new dynasty was based on power, backed in most cases by a family connection with the preceding dynasty either through the female line or engineered by marriage.

Despite the long series of foreign monarchs, Hungary remained independent.  Integration with each new monarch’s country of origin was avoided by the fiction of personal rule.  The most extreme example was King Albert, from the Austrian Habsburg dynasty, who in his personal capacity ruled Austria, Bohemia and Germany as well as Hungary.  He was also elected King of the Romans, although he died before being crowned emperor.  Even after the dynastic succession settled permanently with the Habsburgs in 1526, there was no political integration between Austria and Hungary, the two countries being ruled separately until the early 20th century under what became known as the Dual Monarchy.